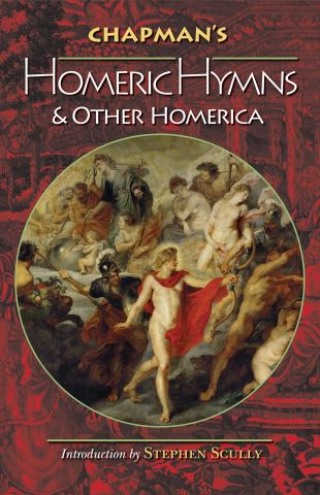 Chapman's Homeric Hymns and Other Homerica

George Chapman's translations of Homer--immortalized by Keats's sonnet-- are the most famous in the English language. Swinburne praised their "romantic and sometimes barbaric grandeur," their "freshness, strength, and inextinguishable fire." And the great critic George Saintsbury wrote, "For more than two centuries they were the resort of all who, unable to read Greek, wished to know what the Greek was. Chapman is far nearer Homer than any modern translator in any modern language."


This volume presents the original text of Chapman's translation of the Homeric hymns. The hymns, believed to have been written not by Homer himself but by followers who emulated his style, are poems written to the gods and goddesses of the ancient Greek pantheon. The collection, originally titled by Chapman "The Crowne of all Homers Workes," also includes epigrams and poems attributed to Homer and known as "The Lesser Homerica," as well as his famous "The Battle of Frogs and Mice."